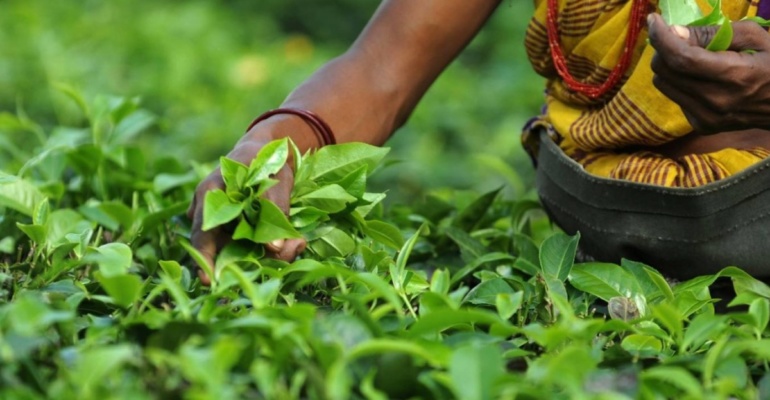 Over the last 50 years, as Bangladesh transformed from being an underdeveloped to a developing economy, the country’s dependence on its agricultural industry has declined. With the gradual pendulum of this economic shift, more and more priority is being placed on increasing Gross Domestic Product (GDP) through investments in the manufacturing and service sectors and redirecting labor force contributions to these areas as well.

Despite this supposed paradigm shift, statistics show that Bangladesh’s agriculture is still integral to the country’s GDP. M. Asaduzzaman, former Research Director, Bangladesh Institute of Development Studies (BIDS), in conversation about this shift in economic dependence, reveals that when an average of Bangladesh’s agricultural GDP is taken into account, an increase from BDT 96,700 crore to BDT 135,000 crore is observed. Albeit the cumulative contribution as percentage of total GDP has fallen from 18% to 14% , the significance of the contribution of the agriculture sector cannot be denied especially because this sector makes up over 40% of the country’s labor force.

A cash crop, also known as a profit crop, is an agricultural crop that is primarily grown for the purpose of being sold for profit, and these crops are generally purchased by parties unaffiliated with a farm. These commercial crops are significantly different from subsistence crops, which are food crops that are fed to the producer’s own livestock or grown for the consumption of the producer’s family.

When speaking of the importance of agriculture in Bangladesh’s economic growth, cash crops play a huge role in this contribution, as a significant number of Bangladeshi farmers’ livelihoods are dependent on cash crops that boast incredible demand in both local and international markets. Some of the most important cash crops are as listed below:

Jute is one such crop that, after sufficient domestic demand, goes on to earn the country heaps in foreign currency as a crop that is used as a raw material for other jute-related products. After jute, Tea is one of the most profitable cash crops of Bangladesh with over 158 tea gardens spanning Chattogram and Sylhet. Tobacco is also one of the primary cash crops of Bangladesh; so much so that despite the onset of a global pandemic, Tobacco exports of Bangladesh experienced an increase of $80.36 million in the FY of 2019-20 even after experiencing a fall in total production by 43,000 metric tons.

Similar to this trend, Bangladesh has a history of unprecedented fluctuations in its overall crop productions that often fail to align with the value of their contributions toward the GDP. Sugarcane, though counted as one of the major cash crops of the country, has observed a continuous decline in production since the 1980s when Bangladesh used to produce sugarcane in volumes as large as 7,00,00 metric tons. Jute production has also been met with several fluctuations.

What causes these fluctuations?

As identified early on in the article, Jute is one of the most important cash crops of the country with Bangladesh supplying close to one-quarter of Jute supply on a global scale. However, the inconsistency in its production volume and quality is still a matter of concern for the country because the primary reason behind the fluctuations in question are accredited to the wide-spread mismanagement of the domestic jute industry, year-long trade union retaliations in the form of labor strikes, and a global shift in the preference of other more sustainable and premium materials, besides jute, for packaging – previously the most highly produced final product made from jute.

In addition to socio-political concerns, the other factors that play a role in these production fluctuations are related largely to climate conditions. Proceedings from the International Panel on Climate Change (IPCC), as reported by the World Bank Group, suggest that coastal districts of Bangladesh are expected to experience a sea level rise of 30 to 45 centimeters which could lead to the displacement of more than 35 million people in those regions. Additionally, the recurrence of floods, frequent monsoons, and cyclones do not help the cause either as not only do they have a negative impact on the soil health and quality – which is pertinent to crop production – they also pose new threats of vulnerability for the economy as a whole.

The prevalence of such threats calls for proactive action in terms of the intensity of our economic dependency on such volatile components and the country’s ability to satisfy its domestic demand for food. The onset of the ongoing pandemic adds another layer for the government to take stock of and adds to the uncertainty and uncontrollability of the overall situation.

The impact of COVID-19 on Cash Crops and Food Sufficiency

Like the rest of the world, Bangladesh was not prepared to be met with a global pandemic and so, this lack of foresightedness has caused the country to adjust and adapt to a series of new norms that are beyond ideal. A research study conducted by the World Overview of Conservation Approaches and Technologies (WOCAT) has shed light on some of the most pressing issues that farmers themselves are concerned about in terms of agriculture.

Firstly, an increase in debt is expected to adversely affect access to production input for farmers. Additionally, farmers may also have to sell their goods at a loss in order to get out of debt.  Social distancing rules are also expected to reduce labor mobility and hence, lead to the unavailability of agricultural workers, along with issues pertaining to the transport of crops from rural to urban areas. Loss of labour mobility due to social distancing and reduced transportation led to unavailability of agricultural workers.

Whilst other sectors are experiencing recessionary effects in the form of decreased demand, the agriculture sector of Bangladesh cannot afford to sulk in its loss of resources and/or mobility as it must continue to produce an adequate amount of food to meet the population’s nutritional needs; despite being one of the hardest-hit sectors since this global outbreak.

Regardless of the inexorability of crop supply, the country has observed failure of logistics and storage facilities that have resulted in low output, significant waste, and food scarcity all at the same, inherently reducing production levels.

According to a May 2020 LightCastle study on the effect of COVID-19 on agricultural workers, crops such as rice and lentils that can be stored for extended periods of time have become more expensive and correspondingly, farmers who cultivate more perishable goods, such as vegetables, are forced to sell to intermediaries at lower-than-usual prices out of despair.

However, things were not always this way. Before the pandemic struck, government bodies were proactive in devising training strategies to capitalize on the increasing domestic and international demand for the country’s coffee. The Department of Agricultural Extension (DAE) and Bangladesh Agricultural Research Institute (BARI) had gone on to spend BDT 2 million to design a workshop catered to equip the farmers in the art of coffee and cashew production and develop their skills and knowledge on the entire process. The goal in this effort was to reduce the imports of coffee from abroad and increase domestic sufficiency by levelling up the quality.

The collective production of rice, inclusive of Aus, Aman, and Boro, for the Fiscal Year of 2019-2020 amounts to 36.603 million metric tons occupying a total land area of 2,82,13,000 acres. While the numbers seem promising, they do not transparently reflect the extent to which the production output manages to meet the consumption requirement of the nation. And so, in an attempt to have a more thorough look into the country’s claim at achieving Rice self-sufficiency, we may compare the annual demand of Rice in Bangladesh with its corresponding annual production to prove the said claim.

Following this methodology, we may take into consideration the annual Domestic Demand for Rice in 2020 of 27.26 million metric tons and measure it up against its production of 36.60 million metric tons. And with that, we may deduce this claim to be true and accept that Bangladesh is, in fact, producing more than enough of this staple crop to suffice domestic demand. Additionally, there also seems to be the prevalence of a surplus of approximately 9.34 million metric tons worth of rice which farmers, and the government alike, can use to suffice international demand by turning this staple into another one of the country’s cash crops.

Crop Diversification Program by the Government of Bangladesh – 1990

During the 1960’s, the population increased at a rate of 2.8% and in order to sufficiently feed that growing population, the Bangladeshi government introduced a premium on cereal crops, particularly rice, through the introduction of HYVs of rice and wheat both domestically and internationally by initiating the ‘Green Revolution’ and ITAP ‘Grow More Food’ programs; resulting to a significant uptick in the production of important cereal crops such as rice and wheat. Despite that, production of minor cereal crops such as pulses, oilseeds, vegetables, fruits, and spices continued to drop year after year, eventually failing to keep up with population increase. This necessitated the expenditure of significant foreign cash on the importation of those minor cereal crops in order to improve the nutritional and nutrient condition of the people and soils.

With minor cereal crops being relatively inexpensive providers of protein and calories and considering the fact they are able to positively contribute to soil health by increasing the soil’s nutrient balance, farmers began to produce these crops after harvesting the principal crops. In response to this awareness and to mitigate the enormous drain on foreign money associated with importing certain products, the Bangladeshi government initiated a Crop Diversification Program in the 1990’s. Farmers began embracing this approach after widespread awareness was raised through rallies and other forms of public media.

The Way Forward – Rice as the next cash crop

In conformity with the current production output of cash crops and food crops of Bangladesh, the said surplus still holds not only in terms of Rice, but also in terms of many other important food crops that do not come to mind when talking about industrial crops. Rice alone amounts for 36.603 million metric tons whereas the collective production output of the 4 major cash crops of Bangladesh (Jute, Tea, Tobacco, and Sugarcane) stands at 39.87 million metric tons. With this mass production rate and the previously calculated surplus of 9.34 million metric tons, it only makes sense to use the overabundance of this high quality and staple crop to suffice international demand in an attempt to offset the concomitant adversities the country has had to face due to the COVID-19 pandemic.

In 2020, Asian countries like China and the Philippines were reported to have imported 2.9 million metric tons and 2 million metric tons of rice respectively, while African countries like Nigeria went on to import 1.8 million metric tons of rice as well. It is no secret that Rice is considered to be a staple food Asia-wide and whilst countries are struggling to meet domestic demands and are having to import from international markets, this creates a huge opportunity for the Bangladeshi Rice producers to step in to bridge the gap by selling their crop to these countries. However, the government has much of a role to play in this regard as wanting to bridge a gap is not enough. In order for the aforementioned countries to choose Bangladeshi rice over that of others, there must be some other incentive involved and that must come in the form of price incentives. To compete with markets like India and Thailand – the top 2 exporters of Rice in the world – Bangladesh must be able to produce Rice that is of comparable (if not better) quality offered at unbeatable prices. Only then will the country be able to make apt use of the existing Rice surplus of the nation.